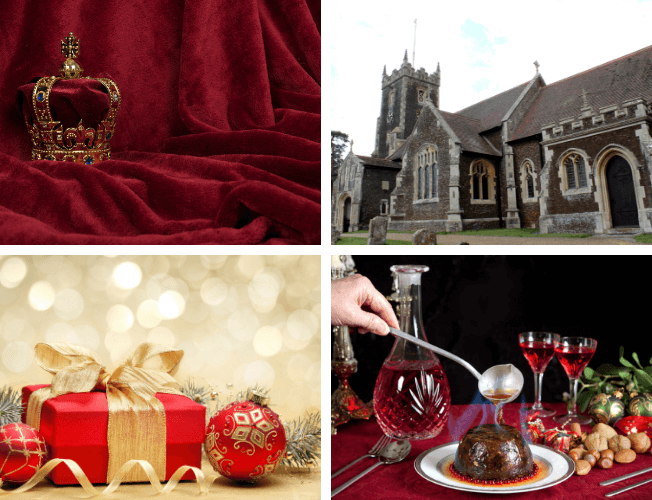 Why & How the Royals Spend Christmas in Norfolk | Searles Holidays

It’s no secret our Queen is fond of her Norfolk home, Sandringham, found in the North West corner of the county. It’s where she and many of the Royals spend Christmas each year. Her grandfather, George V described it as a “dear old Sandringham, the place I love better than anywhere else”.

Although it sounds like George V is speaking about a holiday cottage, these are Royals – Sandringham according to The Express has 29 bedrooms and a 20,000-acre estate. Wow… 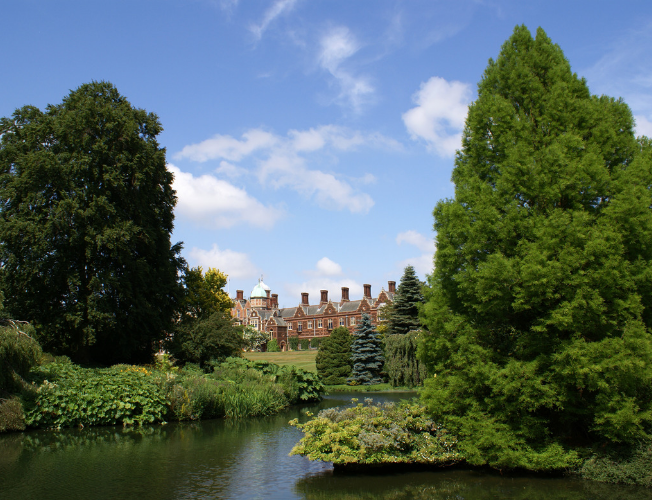 a glimpse of Sandringham

The Beauty of Norfolk’s Coast 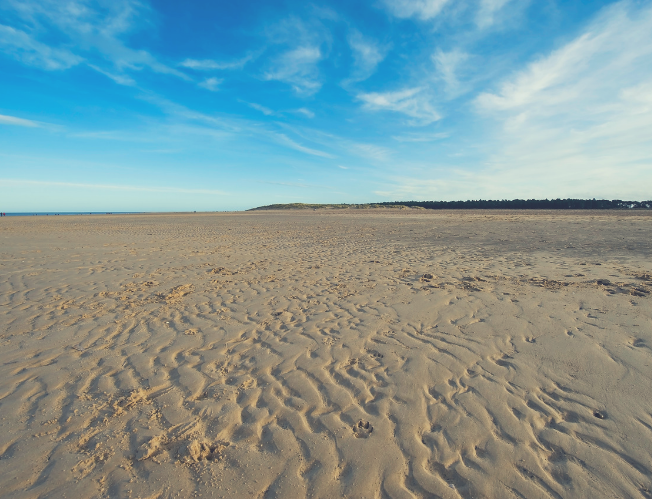 The Sandringham estate is approximately 1.5% of the total area of Norfolk – and what a lovely 1.5% it is. North Norfolk’s coast is an AONB and has some of the prettiest beaches and scenic coast to be found anywhere in the country.

Holkham above is a beach straight from a cinematic dream – which is why it was used in Shakespeare in Love. Miles of pure sand and open seascape.

Holkham is easily a contender for the best beach in the country and this hasn’t been overlooked by The Royals who are known to have refreshing strolls across the sands. Although, it’s uncertain whether you can simply go up and say hello? 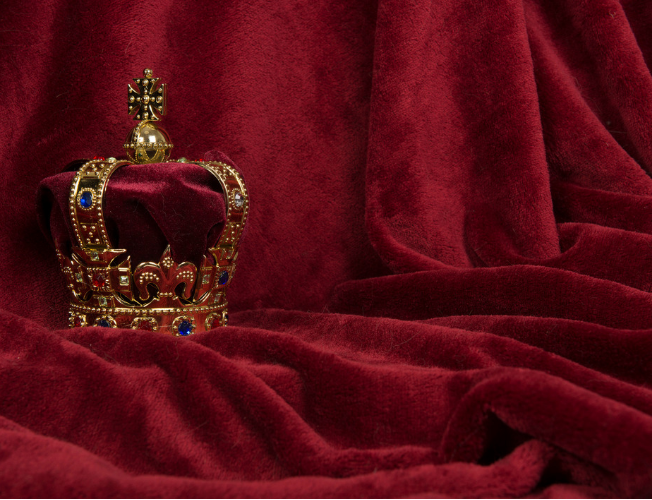 Sandringham House is obviously fit for a queen, but what makes it the chosen location for a Royal Christmas? Why not Balmoral Castle in the Scotland’s Cairngorm mountains? There’s a very good reason.

The Queen is the head of the Royal household and so the others follow her lead.

Sandringham is where her father King George VI passed away in 1952 and it was a place, like his own father, that he adored. This means Sandringham symbolises not only her father and his life, but also her accession to the throne. If Buckingham Palace is HQ of The Crown and where the Queen conducts her business – then Sandringham is her home.

Would you want to spend Christmas at work? Nope. 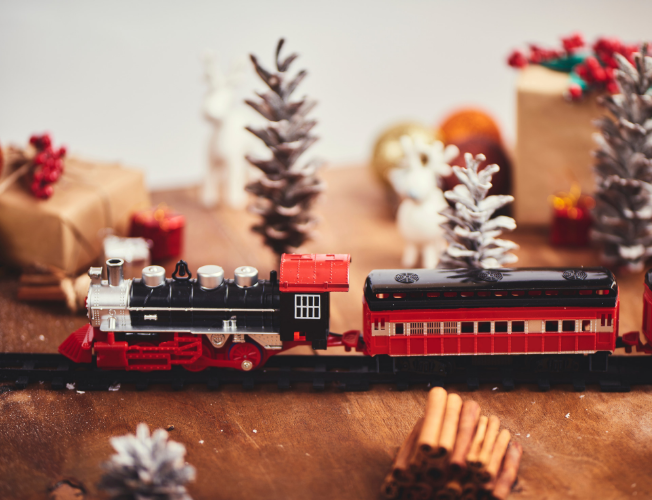 Since the 1950s it has been tradition for the Royal family to come together at Sandringham for the festive season and it starts with a non-royal train journey from London to Kings Lynn.

You’d think the Queen would have a private railroad. Perhaps secretly she does, but that doesn’t stop her, and The Duke of Edinburgh catching a public train from Kings Cross to King’s Lynn to kick off the Christmas Holidays. Albeit first class.  It’s thought also, that despite her age – she doesn’t use a senior citizen’s railcard and opts to pay full price. Around £50.

Upon arriving in Kings Lynn things become a touch more Royal and the Queen leaves the station via “The Royal Gate” rather than jostling through the ticket barriers. That would probably be a little too intense for her and the other travellers.

One of the reasons she turns up at Sandringham before the other Royals is to pick out a Christmas tree. Unlike the rest of us she doesn’t have to go to a garden centre or naughtily pinch one from the woods – she has her own sawmill.

What the Royals Do Over Christmas 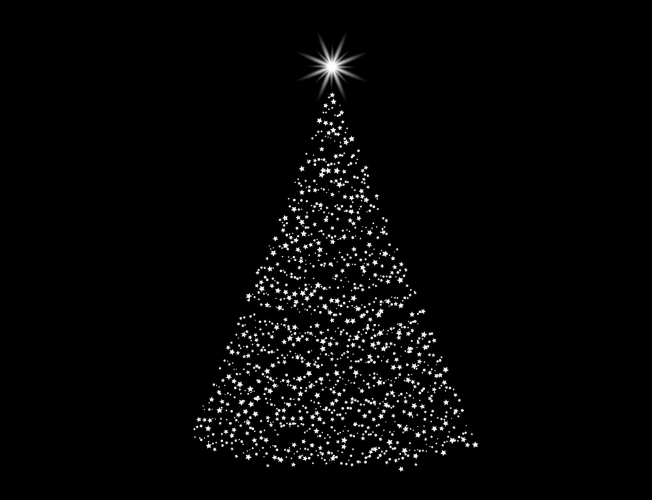 First things first. Once the Queen has chosen a Christmas tree, the colossal task of decorating Sandringham needs to be overseen. It’s doubtful every room is tinselled up (if they even use tinsel), but still. There’s also menu and food preparation to be arranged – which is another reason the Queen arrives earlier than anyone else. Not that she chops any vegetables.

Plus, the quieter time before guests arrive is the perfect moment to check on the Royal Stud and make sure everything is right with the estate. 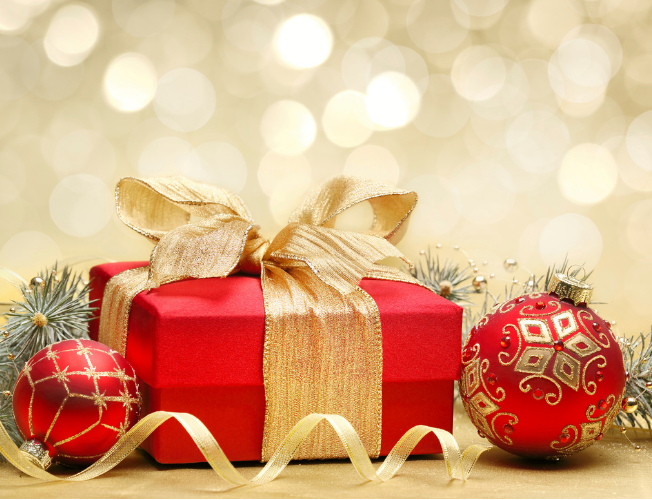 At 4pm on Christmas Eve official festivities begin, when the younger Royals put the finishes touches to the tree. Then, gifts are exchanged – German style. It’s rumoured they don’t buy lavish ones, instead they find the most tacky, embarrassing gifts possible.  Apparently, Prince Harry once had a “grow your own girlfriend kit” and (really?) the Queen a shower cap with “ain’t life a b…” scrawled across it.

Once the gifting is complete the Royal family shares a few drinks together and then changes into formal dinner attire. Men must wear a black tie and women, gowns and jewels. Christmas Eve dinner is a three-course affair atmospherically lit by candles and followed by more drinks. 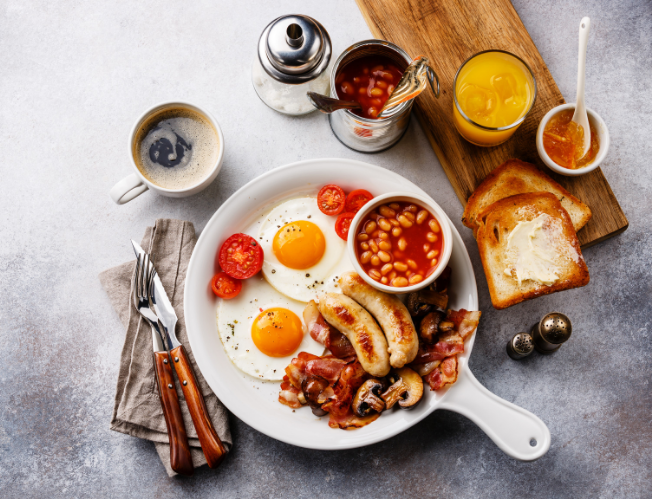 The Royals like other households enjoy nothing more than a proper fry up. What better way to soak up the fine wine and vintage spirits from the night before? And what better way to help it settle than a stroll to church.

The Church of St Mary Magdalene in Sandringham village is where the Royals go on Christmas Day.  It’s a beautiful 16th Century carrstone building, with a silver alter and many historic memorials to past Royals.

A Chance to See the Newly Weds 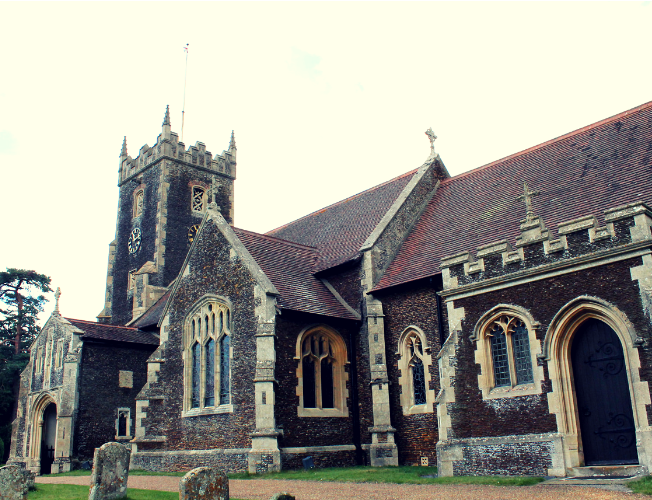 Each Christmas well-wishers flock to the fields beside the church to greet the Royal Family, but this year it’s expected to very busy. Afterall, people are hoping to catch a glimpse of the newly wedded Harry and Meghan. 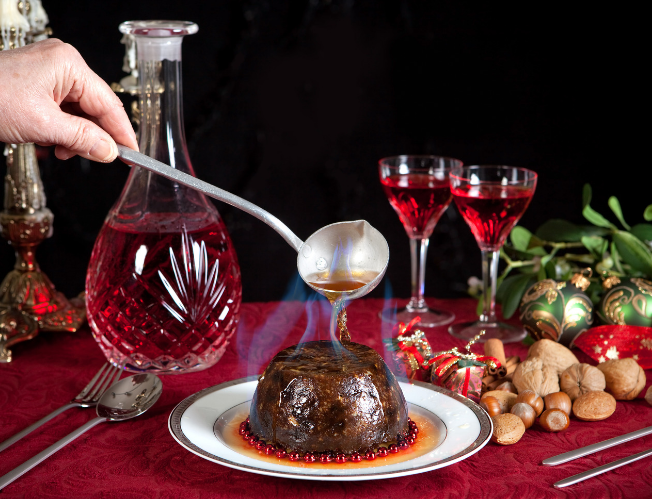 The Royals, as you can imagine, have a traditional Christmas dinner with turkey, stuffing, roasties and of course, Christmas pud. In true Victorian fashion the pudding is presented theatrically, whilst alight, and with a sprig of holly on top.

During the main dinner, it’s very formal and children dine in the nursery looked after by nannies – until they’re old enough to conduct themselves properly at the big table. 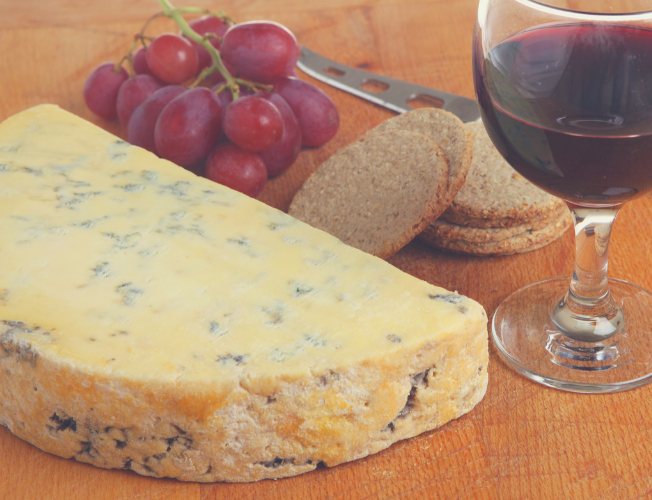 Later in the day, after the Queen’s speech, they sit down to afternoon tea with scones and chocolate yule log and in the evening a luxurious buffet is served.

This is not your average buffet. We’re talking a whole foie gras en croute and entire wheel of stilton from Harrods. If this isn’t opulent enough, the top of the stilton is removed and filled with top-quality port, creating a luxurious spread for crackers. Dairylea anyone?

Visit a Royal Part of England 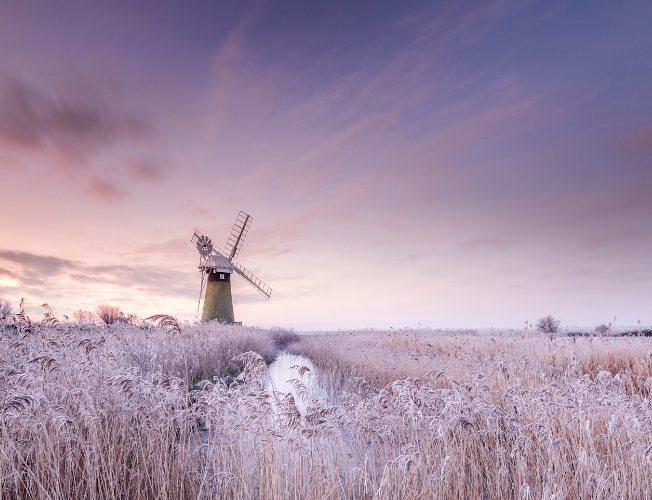 At Searles Leisure Resort, we’re only a 15-minute drive from the Sandringham Estate. We’re lucky enough to share the same stretch of coast.

We always tell people how beautiful Norfolk is, but it’s easier when they understand it’s that special – it has a Royal seal of approval.

Our award-winning holiday park in Hunstanton is not only a perfect place to explore the natural sights of North Norfolk, but also chill and have some family fun. Come rain or shine there’s something exciting to do at Searles.

Our January Sale is starting on December 21st so get in and book to get the best availability at the best price! Call 01485 534211 or Book Online.