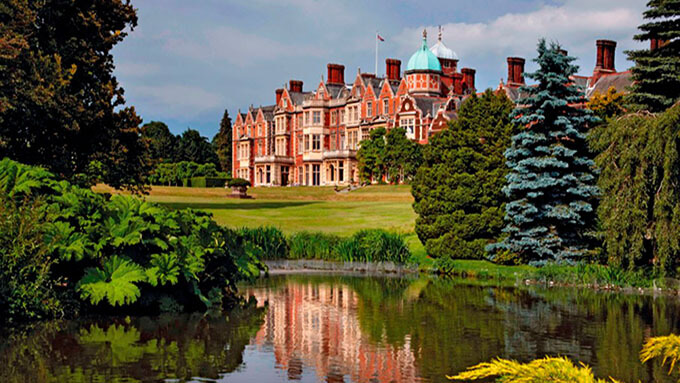 With Awards season behind us, and Norwich native Olivia Colman making headlines for her Best Actress winning turn in The Favourite, we thought we'd take a look at some of Norfolk's most famous filming locations - from the Norfolk Broads to Cromer Pier!

The tranquil Norfolk Broads were the unlikely setting for Stanley Kubrick's 1987 Vietnam War drama, Full Metal Jacket. The Broads were used for their apparent similarity to Asian paddy fields and can be seen in a scene where a US army chopper shoots into the ‘Vietnamese countryside’.

Kubrick wasn't the only director to notice the similarity between the Broads and the Asian paddy fields, with Bond thriller Die Another Day also being filmed in the National Park. This time the Broads doubled as a North Korean village!

In 2013, Norfolk's favourite son, Alan Partridge hit the big screen with Alpha Papa. The hugely successful TV-crossover was filmed largely in Alan's native Norwich, but the film concludes with a gripping 'low-speed chase' from Norwich to Cromer, that ends finally in a mini shoot-out on Cromer Pier.

Holkham, with its magnificent stately home and golden beach, is arguably Norfolk's best-known filming location. In 2008, the stunning 18th century Holkham Hall was used as the setting for The Duchess starring Keira Knightley and Ralph Fiennes. Perhaps most famously, Holkham Beach was the setting for the final scene of 1998's Best Picture winner, Shakespeare in Love, which features a bare-footed Gwyneth Paltrow walking across the sand. Holkham Beach was also featured in the 2018 film Annihilation, starring Natalie Portman.

Melton Constable was the heart and soul of the 1971 film The Go-Between. Director Joseph Losey insisted that the entire film be shot in Norfolk and fell in love with the dilapidated Melton Constable Hall, a 17th-century manor house with remains in poor repair to this day. Other scenes were filmed across Norfolk, including Norwich, Heydon, Hickling and Thornage, while many locals were enlisted as extras. One local who didn't make the cut was a young Stephen Fry, who cycled to Melton Constable Hall to see if a role could be found for him, only to be turned away!

The Queen's favourite royal retreat featured heavily in the 1999 film All the King's Men, starring David Jason and Dame Maggie Smith. The film tells the tragic story of a group of young volunteers from the Sandringham estate and joined the Norfolk Regiment and never returned home from the ill-fated 1915 Gallipoli campaign. The film was also shot at various other locations throughout Norfolk, including Cromer Blickling, Sheringham, Holkham and Burnham Deepdale.

To visit some of Norfolk's most famous filming locations, why not stay at Searles Leisure Resort, perfectly situated on the North Norfolk Coast? Our award-winning holiday park is perfect for exploring, having fun with the family, or simply for a spot of relaxation.

Check out our Special Offers and book to get the best availability at the best price! Call 01485 534211 or Book Online.