A League Of Our Own Darts Weekend at Searles

This November, Searles are hosting an unmissable weekend for darts lovers, young and old. In association with JBD Sports Agents, Searles Leisure Resort will be hosting the League of Our Own Darts Weekend, on the weekend of the 15th to the 17th November. This is a unique opportunity for darts fans to rub shoulders, and maybe even play against, legends of the game including Peter 'One Dart' Manley, Jamie 'Jabba' Caven, and 16-time World Champion Phil 'The Power' Taylor! 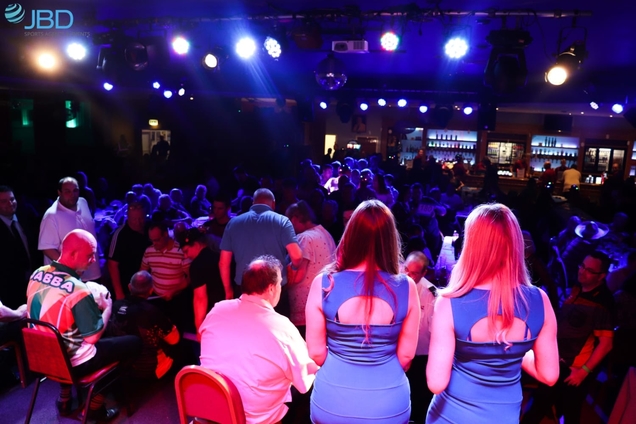 The fun begins on Friday evening, as Jamie Caven and Peter Manley join our guests to play darts throughout the evening. The players will be on hand to advise and coach guests throughout the night, helping you to hone your technique and refine your game. There will be prize giveaways on the night, while Jamie and Peter will also be posing for photographs and signing autographs.

Saturday is the main event of the weekend, and it all kicks off in the afternoon with the Searles Darts Classic Tournament, an in-house darts competition featuring up to 96 of our guests. The four winners of the Searles Darts Classic will then be invited to take part in the main event that evening, featuring none other than darts royalty, Phil 'The Power' Taylor! The four lucky winners will also be able to experience their own 'Walk On', with JBD Walk On Girls Daniella Allfree and Charlotte Wood. There will also comedy courtesy of Colin Cole, as well as photo opportunities with the players.

The League Of Our Own Darts Weekend is organised by promoter Jess Harding, Chairman of JBD Sports Agents. A former professional boxer, Harding went on to manage some of the biggest names in the sport, including Olympic Champion Audley Harrison. Following advice from close friend Barry Hearn, Jess later stepped into the world of darts management, and he has since evolved his business to run exclusive darts events at some of the UK's top leisure resorts.

Arguably the most famous darts player of all time, Phil “The Power“ Taylor won 85 major titles in his career, including 16 World Championships! Recently retired from the game, Phil now uses his fame to spread awareness of the sport he loves, and remains hugely popular with darts fans throughout the world.

One of the great characters of the game, Peter “One Dart“ Manley is the former world number one, and was runner up three times in the PDC World Championship. Peter was known in his heyday as a fiery character, and was embroiled in numerous spats with rival players throughout his career. Manley's most famous tete a tete was with Adrian Lewis in the 2006 world championship, where his wind-up tactics made Lewis storm off the stage in anger!

Blind in one eye after suffering a bee sting aged 18 months, Jamie “Jabba“ Caven defied the odds to become a regular on the PDC circuit, winning 5 PDC tour events throughout his career. Aged 43, Jamie is still in his prime, and now plays on BDO tour and in events for JBD Sports Agents.

2015 BDO world Champion Scott “Scotty Dog“ Mitchell is another player in his prime years, currently ranked number 6 in the BDO. It will be a real treat for our guests to see how current players such as Scott shape up against a legend like Phil Taylor!

If you’re a darts lover, the League Of Our Own Darts Weekend is an opportunity you can't afford to miss. Book yourself into this exclusive weekend, including warm, comfortable self-catering accommodation, from just £99!