Promising a wonderful live show with hours of action, tickets to our live Legends Darts Weekend have been selling fast as fans flock to Norfolk. Featuring several of the most famous darts players of the last twenty years, it is sure to be an entertaining time for fans. If you're up for a challenge, there will also be the chance for some of you to compete with our very special guests too!

The recent PDC World Championships have already produced some fantastic matches and recently, with a fantastic surprise in the form of young wildcard winner Rob Cross. With the World Cup, Betway Premier League Darts and other highlights, 2018 is all set for more excitement to come.

It’s always great to see new talent come through then, but what about those household names who still have a score or two to settle? Our roster of legendary players are all set to relive the glory days with our special tournament, bringing you live darts in Norfolk with a twist! Keep an eye on our special events page too, for further live darts and exhibition matches, along with our other fantastic entertainment packages.

Just to whet your appetite and look forward to the 2018 darts season, we thought we would take a look at our very special guests. How well do you know these fan favourites? From the trophy hauls to the nicknames of our darts players, here are the main men in our weekend darts break: 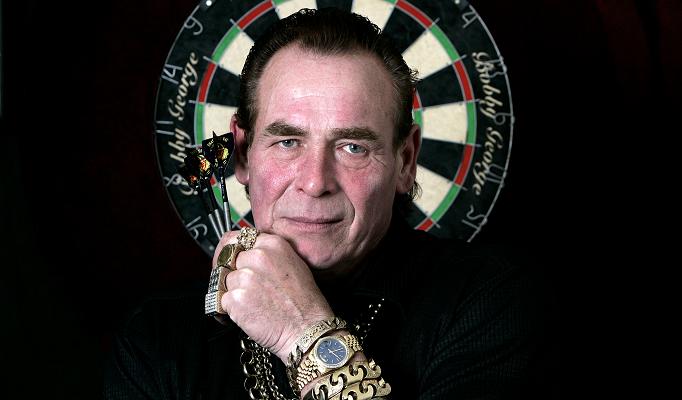 Born: 1945
Nickname: Bobby Dazzler
Career Honours: World Championships Winner (1979, 1986), Essex Masters (1976)
Trivia: Bobby first played darts only at age 30, when terrible weather prevented him from going on a sea fishing trip in Ireland. Instead, he sheltered with mates in a pub and it was suggested they pass the time with  darts. By closing time, he had beaten every local in sight, showing an uncanny natural talent. With encouragement from pals he would take just three years to reach the summit of world darts.

About: Larger than life Bobby George has been a famous face both on and off the ockey for the past four decades. In competition the self-styled “king of darts” made some colourful entrances to put it mildly; but he also won the titles to back up his bling in the golden era of Eric Bristow and Jocky Wilson. He also famously competed in the 1994 Embassy Final in a steel frame, having broken his back!
Known for a collection of jewellery that would make Mr T jealous, and his rough diamond sense of humour, Booby has a true rags-to-riches story and is one of the sport’s greatest ever entertainers. More recently, his presence on various tv shows have included The Real Marigold Hotel, where our affable Essex boy has won yet more friends in both Britain and India! You couldn’t really make it up… but then the same could be said for much of Bobby’s life, from working class lad to sporting legend. You can find out more about “The Dazzler” for yourself at his very own site: http://www.bobbygeorge.com 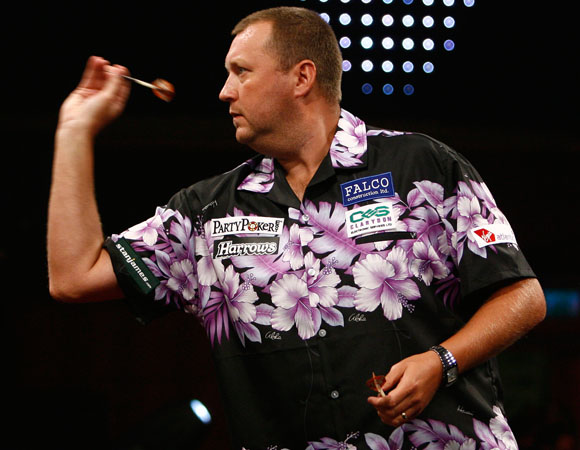 About: A man with personality as colourful as his shirts, Wayne Mardle won over fans throughout the 1990s and early 2000s haven broken through the ranks as a star youngster. Perhaps his most memorable tournament was the 2003 World Match Play in which he beat then World Champion John Part, only to be pipped in the final by Phil Taylor. After severe illness in 2009 he had to retire from the cut and thrust of ranking events; we are delighted to have him back and entertaining crowds in 2018 for what should be a nostalgic return to the oche. 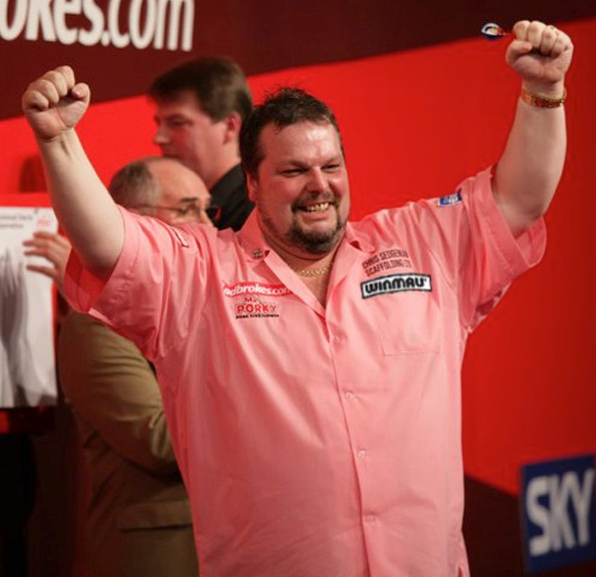 About: Ranked as world number one in his prime, Peter Manley’s career has been marked by many high finishes and open wins, not to mention a fiery rivalry with none other than Phil Taylor. His “one dart” moniker came from his knack of hitting winning doubles, as noted by commentators at the European Masters in 1995. Since hanging up his ranking tournament darts in 2011, he continues to live and breathe the sport, whether touring in darts exhibition matches or representing the PDPA. He also loves meeting and participating with darts fans, whether it’s a fun challenge or a trick shot. 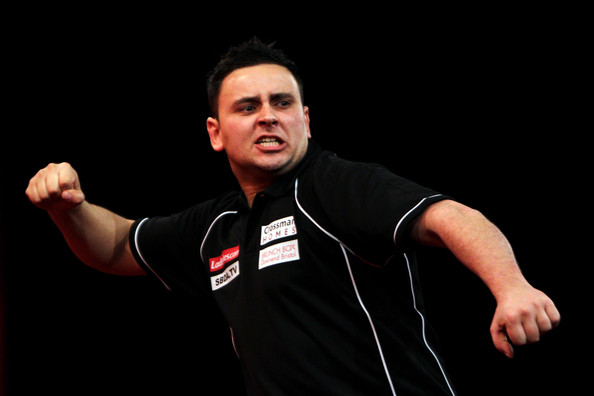 About: A darts professional for over a decade, Bristolian Steve has been a PDC Pro Tour regular since 2006, having swapped his plasterer's overalls for a spot on the oche. He's a regular high ranking competitor in UK tournaments with various wins including two Southern Counties Open titles on his way up the rankings. Outside of the tournament circuit, he also likes to give the next generation a helping hand with his very own Steve Brown Darts Academy.

Darts Tournaments 2018: What else is on this year?

So what else can darts fans look forward to this year? A packed schedule of Premier League Darts takes the sport all over the UK in the coming months. Otherwise, the big tournaments include the Darts World Cup in Frankfurt, World Matchplay in Blackpool and the World Grand Prix in Dublin. You can catch a whole host of events across Sky Sports and ITV coverage, while the Professional Darts Corporation Website (www.pdc.uk) is the place to get live schedules, current darts player rankings and more. We often show the major events at our bars here at Searles, along with other major Sky Sports events.